We’ve all heard the old adage that history repeats itself or we’re all doomed or something like that. It’s hard to say which is true, but anyone who has lived at least 25 years has probably seen some aspect of fashion or technology recycle itself over that period of time. Take a look at the evolution of jeans, for example. The ever-popular skinny jeans or “drainpipe trousers” as they were once called, emerged in the 1950s thanks to such western stars like the singing cowboy, Roy Rogers. As time ticked on, the slim-pants look carried on through the 1960s with musicians like The Beatles and the Rolling Stones clad in painted-on denim.

Why is an audio company giving a history lesson on skinny jeans? Wait for it…

Once the 1960s hit, the trend shifted to bell bottoms as hippie culture arose. However, now that we have reached the 2000s, the skinny-jean fad has made its way back into style.

It’s important to note how things like fashion trends seem to recycle throughout the decades because the same thing happens with technology (and there it is!). There’s something magical about the crackling of a needle scraping along a vinyl disc that keeps many music lovers attached to analog sound. There’s something to be said for vinyl records and modern turntables, as many would argue that analog sound provides a crisper, more accurate representation of music than digital recordings do.

The phonograph or gramophone disc record was the primary medium for reproducing music in the 20th century. As digital media evolved from compact cassettes to compact discs to mp3 files, records have maintained continued manufacturing on a small scale since the 1990s and remain popular among a niche market of audiophiles.

One could say there is an underground record store culture that still exists today, with audiophiles collecting at least twice a year at their local record stores for Record Store Day.

With its inception in 2008 and held each year in April and November, Record Store Day serves to celebrate the independently owned record stores and their culture. It all started as a last-ditch effort for survival as vinyl sales plummeted, and independent record stores scrapped for ideas to draw in new customers. Indie shops were starved for sales at the hands of online stores, big supermarkets and other major retailers spreading like a woods fire across the internet. The constant revival of the vinyl LP is a miracle when considering how digital streaming has taken over seemingly all other formats.

Many names can be credited to the steady development of what Record Store Day has become today, but the official idea sparked from the marketing team of an indie record store in Portland, Maine called Bull Moose Music. Chris Brown, originally hired to work as a clerk at the shop in 1991, sent an email to Michael Kurtz, head of the department of record stores. The general gist of the email acknowledged the slow sales period for record stores and recommended a day where vinyl-loving audiophiles could come hang out and have fun.

“Indies rule,” Brown wrote. “We haven’t gone anywhere. We are better than ever, and we are more important than ever before.”

The fact remains that music is powerful and moving, and it withstands the test of time regardless of the medium its played from. Whether you prefer digital or analog, we have something for every audiophile out there, including the vintage-loving record heads. You may think you’ve memorized all your favorite jams inside and out but connecting either our custom-built A2+ Wireless or A5+ Wireless speakers will reveal surprises in your audio experience that your ears have never tasted before. Technology has come a long way since the beginning of vinyl, but we aren’t forgetting our roots.

We may not sell vinyl or turntables, but we want to perpetuate the positive vibe and culture of Record Store Day.

If you’re searching for a sleek-looking stereo system to connect to your prized turntable, this is where vintage and modern combine in the best way. We’re not talking about your dad’s clunky, dust-ridden stereo contraption but a truly robust stereo sound from speakers built with quality materials.

Audioengine is the solution for a myriad of audiophiles, including the analog lovers. The A2+ Wireless and A5+ Wireless speakers are great options for the turntable setup of your dreams, with the modern and compact design made to leave you with plenty of room to spare for all those classic records you have to store. Our analog music systems have a warmth that you simply can’t get with other similar powered speakers. And if the A2+ and A5+ still aren’t tickling your retro, old-school fancy enough, we have a more classic HD-Series that is sure to curb your vintage addiction.

Because who says vintage and modern can’t live happily ever after together? 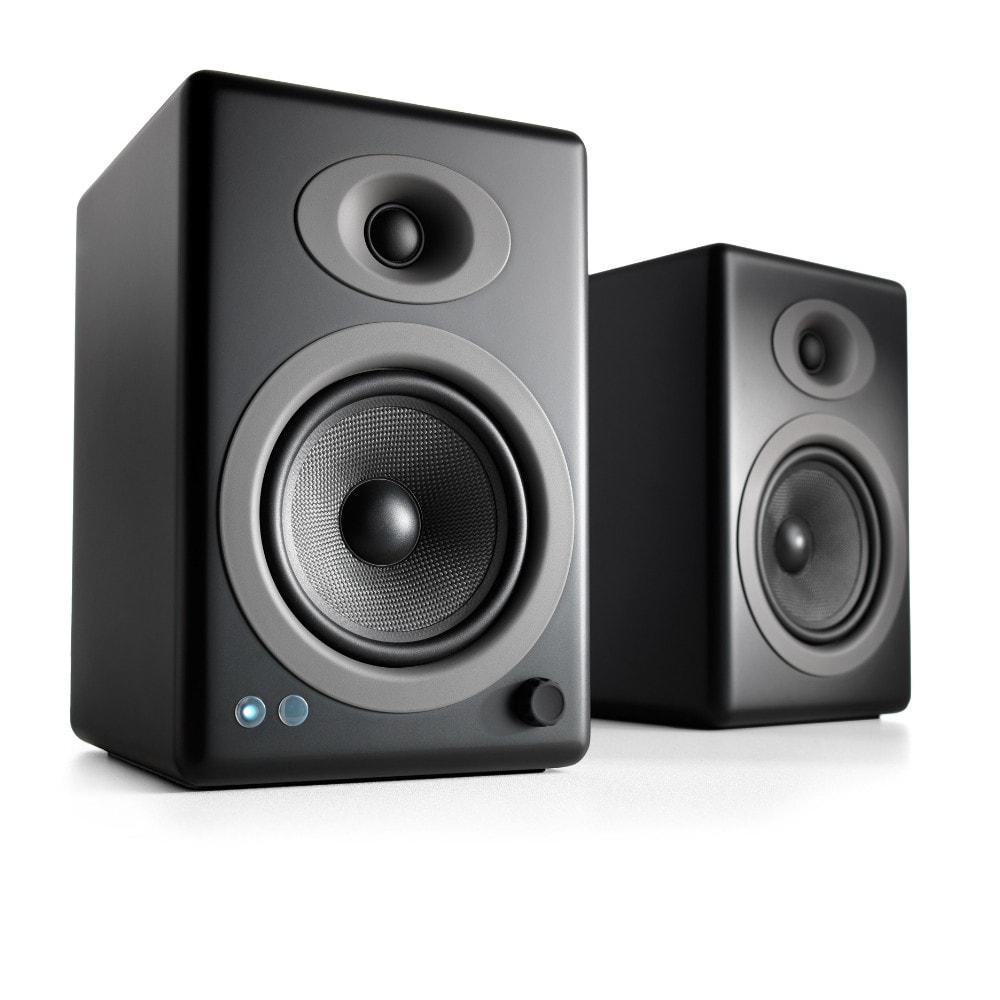 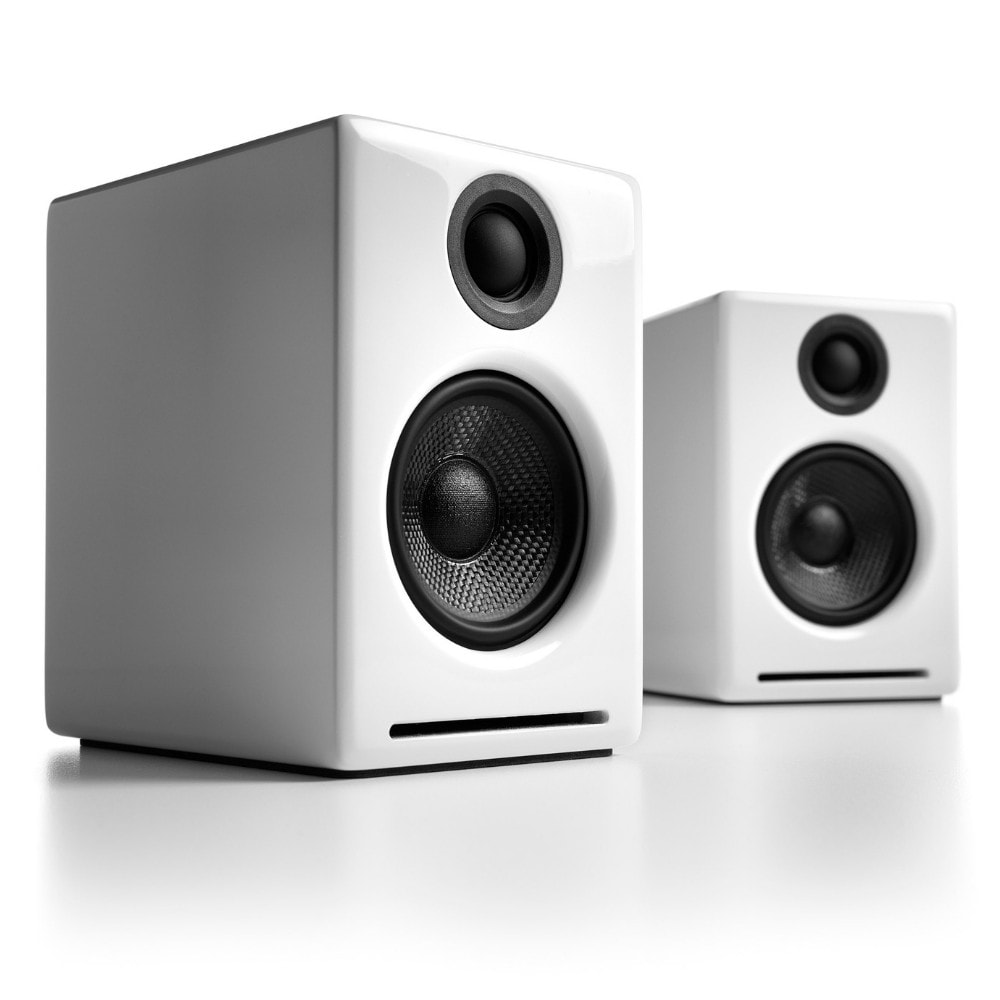 I don't feel lucky
Sorry!
No Luck Today...
Close, But...
Almost!
Free B2
Wireless Speaker
Free A5+
Classic Speakers
Get your chance to win a prize!
Enter your email address and spin the wheel. This is your chance to win amazing discounts!
Our in-house rules:
Your gift card is valid for
Close
Leave Us A Message